Ben is 48 today.  I can’t believe how fast the years have gone, but so they have.  As they do.

The night before he was born I was in the city at a hockey game with my father.   We’d gone out to dinner on Federal Hill.  I proudly wore a new winter coat.  I was seven and a half months pregnant when I went into labor between the second and third periods of the game.

My father cut this photo out of the newspaper the next day, when Ben was born.  The following day our tiny baby was rushed to a “preemie” intensive care unit in a Providence hospital and would stay there for six weeks.

I’ve never been so frightened in my life.

But here he is, such a wonderful man!  The phrase I hear so often about Ben is he is “such a good guy”.

That pretty much sums it up.  We are so lucky. 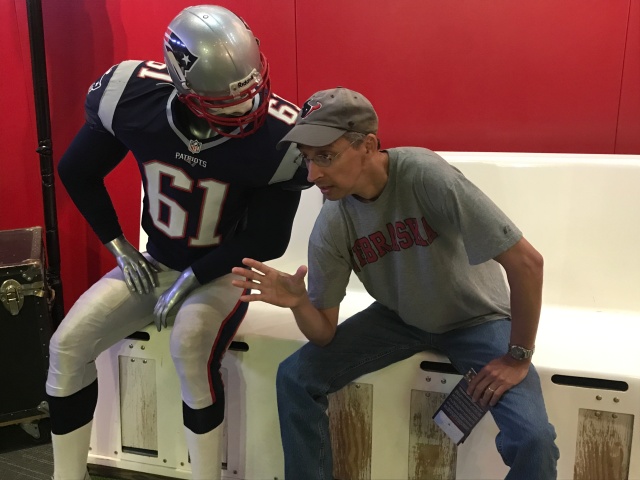 This afternoon Nebraska plays Illinois.  I hope that Ben gets to celebrate his birthday with a Nebraska win.  They are few and far between these days and it would be fun to hear Ben’s reaction and joy when we talk to him after the game.

So, Happy Birthday, Big Guy!  See you in a few weeks!