I’d never been to Wheeling, West Virginia, though I’d tried for the past three years to plan our days on the road to make it there.

I wanted to go to Chickie Williams’ grave and say thank you for the songs, thank you for teaching me, a 10 year old, to sing (even though ever since I tend to sing with her sweet accent and try so very hard not to because I am from New England and it makes me sound a little odd) and thank you for giving me such good childhood memories.

And yes, I still have my original vinyl album (a prized childhood possession) and a collection of her cd’s. 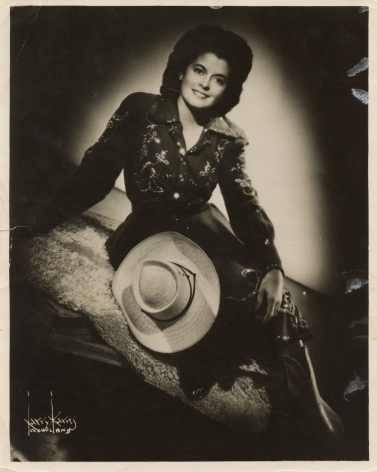 I used the contact email on the Doc and Chickie Williams website and asked about visiting Wheeling.  I explained I had been a fan since I was a child, that I would like to put flowers on her grave and see her “star” on the sidewalk downtown.  I asked if there were any other places I should see.

She asked when we were coming through Wheeling and offered the possibility of meeting for lunch  (now at this point I was so excited I couldn’t type a coherent email back to her for many, many minutes).  She would fill me in on Wheeling then.  I emailed her my cell phone number and she said she would be in touch before Saturday (our arrival day).  Through emails and phone calls, we arranged to meet at a Perkins restaurant for lunch.

When she asked how she would know me, I told her, “I’ll be the one in the lobby  holding your mother’s album!”

I’d brought the jacket with me (minus the vinyl record inside) so I could pose with it at the “star” and also show it to “Peeper”.  The three Williams’ daughters had fun nicknames and appeared with their famous parents on stage for many years.  I’d seen the pictures.

Anyway…there is no way I can do this story justice, not now.  I’m not sure I can explain what it was like to meet these women who I’d never met and yet had so much in common with.

For instance, I learned that Chickie’s favorite author was  Zane Grey.  And her favorite book of his was “Light of the Western Stars”.   Her father had given her the book, as mine had.  She loved it so much that she reread it often and named one of her daughters after the heroine.

We ended up meeting all three daughters, going to Chickie and  Doc Williams’ home, seeing a wall of photos and listening to stories.

And then these lovely, kind women started singing.  And they asked me to sing.  And we all sang those old, special, beautiful songs right there in that beautiful old home, with Chickie’s portrait on the living room wall looking at us.

As Peeper said to me when we met, “Any fan of my parents is family, and you are family now.”

I totally fell in love with them.  I don’t know how any one could not.  I felt like I’d come home to a place I hadn’t known I’d missed so much.