Son #1 called yesterday and told me that my grandson, while having a tiff with his mother, declared he was leaving and “going to Idaho”.

My daughter-in-law replied, “Fine with me.  Good luck getting there!”

I didn’t blame him for wanting to return.  After all, it’s paradise for young and old and in between.

And then there was his social life….

He was invited to the neighbor’s beach party and ate his first Twinkie. 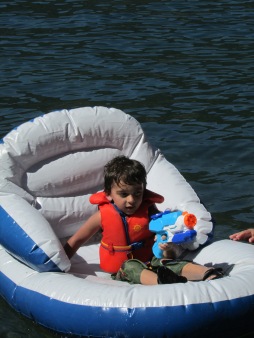 He met two new best friends, both in town visiting their grandparents. 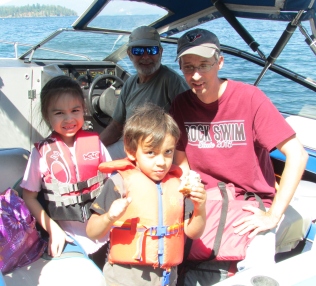 I can’t believe she brought me a huckleberry cinnamon roll!!!! 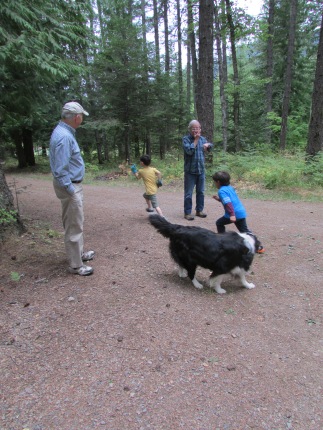 Let’s chase each other around the woods for a few hours and then go build a fort.

But the highlight, according to my grandson, was this:

Sitting in for two songs with the Cougar Creek band.

Who can blame the little guy for wanting to skip school and return to “Grandma’s lake”? 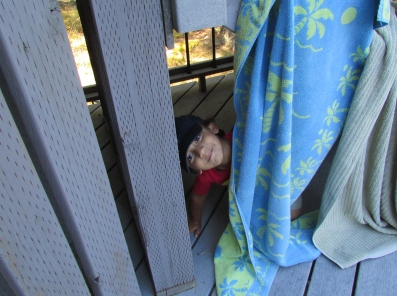 This entry was posted in family, grandmother stuff, lake. Bookmark the permalink.