Up at 3:15, on the road at 3:45 with Banjo Man behind the wheel and my travel mug filled with coffee.

Suitcase, carry-on, purse, Kindle, phone, glasses….. yep, got it all.

Arrived at the airport at 4:15 for a 5:45 AM flight only to realize the line to check in at Southwest stretched the entire width of the airport.  I hadn’t seen lines like that since the week before Christmas.

It took a while.  Thank goodness the security lines were moving quickly, though after I stepped out of the scanning booth a female agent took my hands and examined the insides of my wrists.  I’m still wondering why.

Made it to the gate with five minutes to spare!

Quick flight to Baltimore, with only an hour between flights.  There were some new stores: 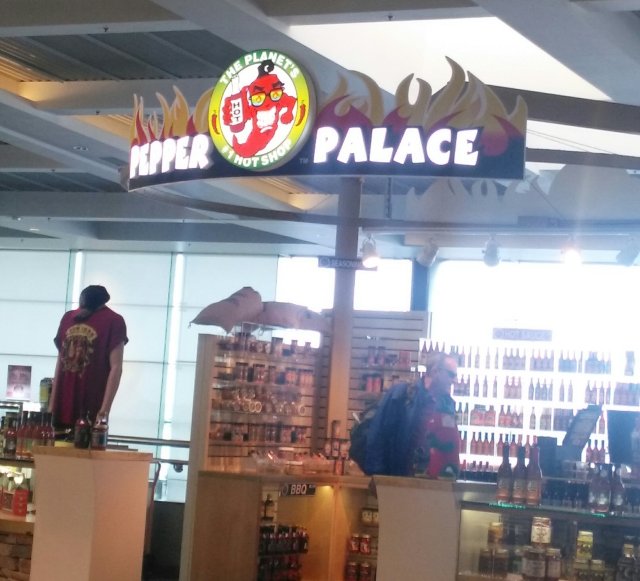 And at the America shop, a Bernie Sanders t-shirt, among other pro-Democrat shirts.  Maryland is obviously a “blue state”.

Then it was time to board the plane for Austin.  Not a lot of people were heading to Texas at 8 AM, so I had a whole row to myself.  The plane was so cold it brought back memories of attending Sarge’s high school football games…in December.  Bring on some Texas heat!!!!

The cab ride to the condo was a bit of an adventure.  The driver didn’t know much English, especially not “left” and “right”.  But I made it.

I am actually afraid of taxis.  I don’t like placing my life in the hands of a stranger.  Airplanes are easy–I fall asleep during take off–but getting into a cab at the end of the flight is when I have to remind myself to be brave and pretend to be brave.

I have a couple of very scary taxi stories.  Of the “near death experience” kind.  New Orleans.  Washington, D.C., Rome.  Let me say right now, I WILL NEVER TAKE ANOTHER CAB TO OR FROM THE NEW ORLEANS AIRPORT.

Because I want to live.  And who doesn’t?

My first taxi driver from the Austin airport, about ten years ago, was a Willie Nelson lookalike, complete with the long braid.  And three inch fingernails!!!!!

I was mesmerized and forgot to be scared.

Banjo Man and I called for a cab to take us to our favorite pub last March and the guy showed up in a karaoke van.  Mirror balls, speakers, monitors, ancient shag carpet, black interior and flashing Christmas lights.  Right before we got to the Saxon Pub the driver turned it all on for us (he has found his karaoke cab niche), so we made quite an entrance pulling up into the small parking area in front of the bar.