a night with patty 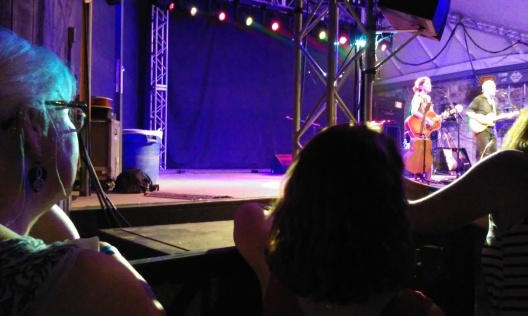 Yep, that’s me on the left.

The reason I came to Austin for the week was to attend this concert and see Patty Griffin in person (I have all of her cd’s but had never seen her).  Story Man bought tickets to a benefit concert at Stubb’s (yes, where those bottles of bbq sauce on the grocery store shelves come from). 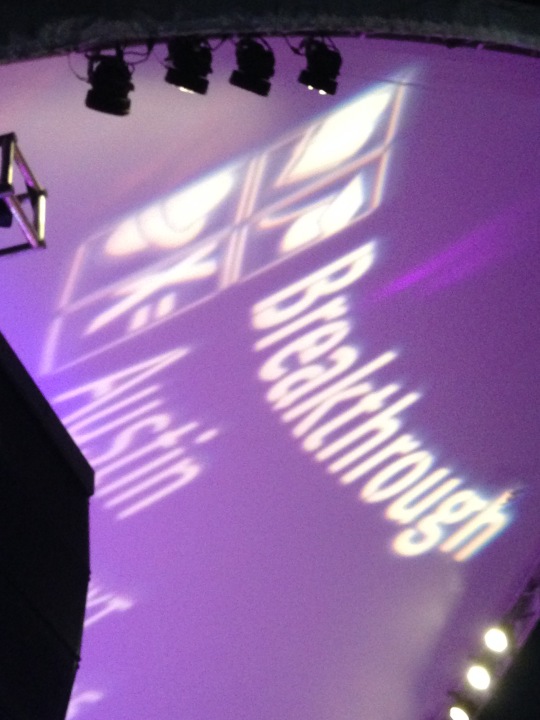 Breakthrough Austin helps children who would be “first generation” college students make it through college.  They start the program in 6th grade, have a 100% high school graduation rate and 93% go on to attend college (and 90% of them graduate).  It’s a wonderful cause.

I wanted to share some pictures with you.  This was the best I could do on my phone! 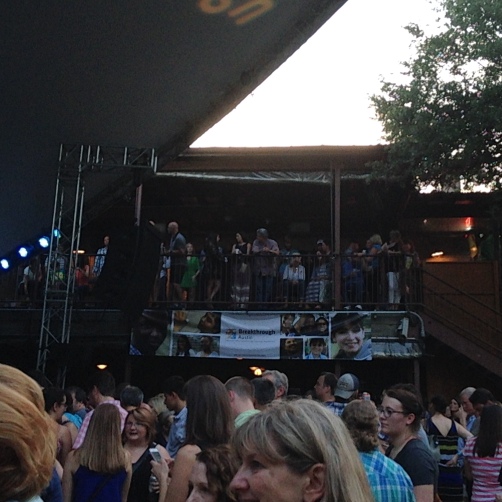 Some of the crowd in the expensive seats, with the mayor. 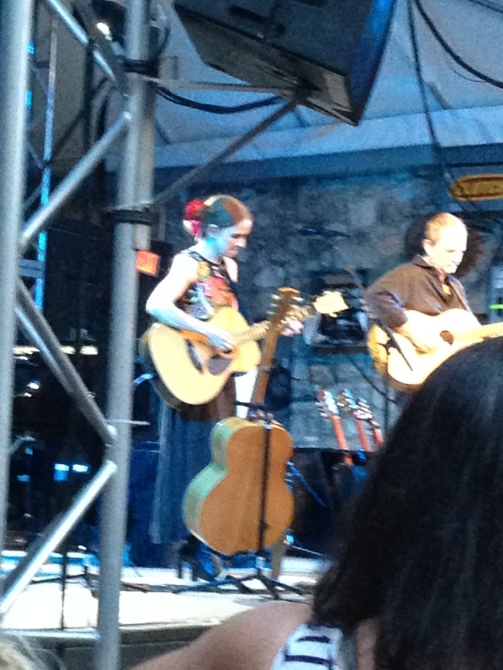 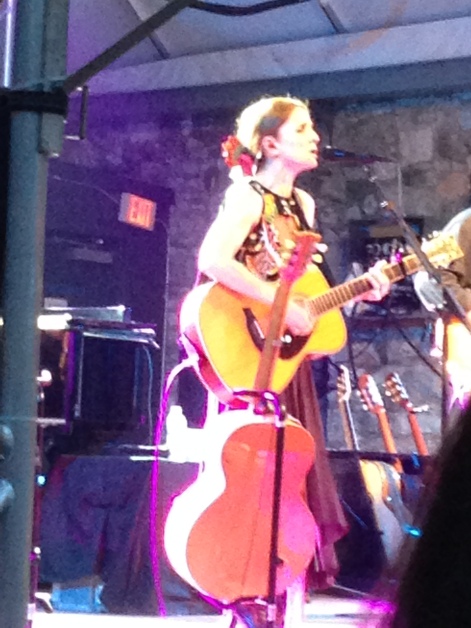 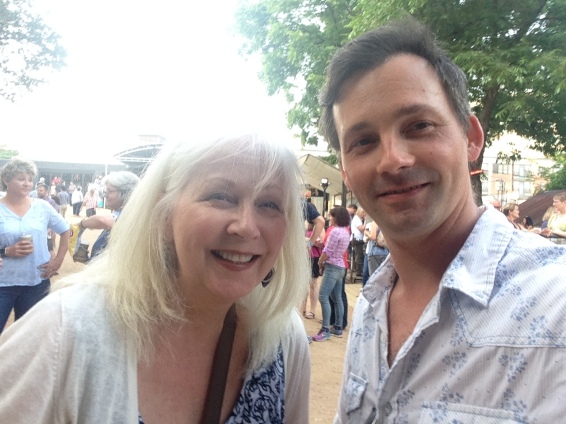 More Pie and Story Man wait for the show to begin.

Patty sang for almost an hour and a half.  It was hot and humid, and she’d been on tour for months.  Her voice was obviously tired, but she sang through the rough spots and hit all of the notes with incredible power.  I loved her gospel-based songs the best (my favorite cd is “Downtown Church”) and the times she stood at the microphone, without her guitar, and just sang those bluesy songs were highlights for me.  That’s what she was meant to do in this life, and I was so happy and honored to be there to see and hear her.

If you’ve ever been to music shows in Austin (or other parts of Texas, I hear) you know that the audience talks.  They talk to each other constantly while the show is on.  It is truly amazing and horrifying and exasperating and annoying.  Bad habit, Austin!!!!

When Patty was about to sing her last song (before the two-song encore) two mid-thirty-ish woman hustled over to my left to try to talk the security guy into letting them go in front of the barricade (where I was leaning) to take pictures.  They thought that if they flirted and talked enough they would get their way.

What they got was me, telling them (rather firmly) to please be quiet because this was the last song.

They were shocked.  And embarrassed.  They apologized twice and disappeared back into the crowd.  Story Man couldn’t stop laughing.

During the encore it happened again, with two different women.  Same security guard, same objective.  Same loud conversation.  So I shushed them and glared.  And they stopped–at least for a minute or so–before starting up again.  But by that time the show was over.  They never got their way.

Story Man was highly amused and couldn’t believe that people actually listened to me and shut up.

“It’s the white hair,” I said.  “It’s like I’m their mother telling them to be quiet.”   Or their about-to-retire first-grade teacher, giving them “that look” and making them behave.

Once in a while there’s an advantage to growing old.

3 Responses to a night with patty