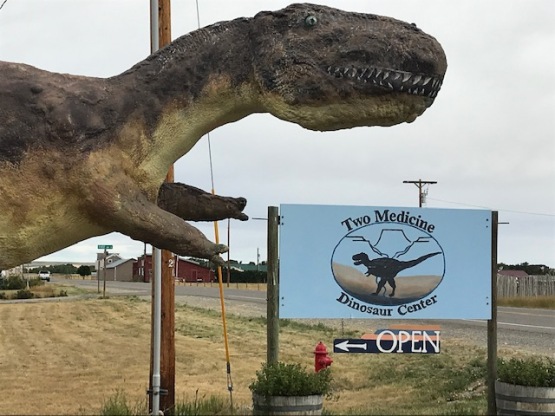 Let’s talk about dinosaurs.  Two Medicine Dinosaur Center is on the “Dinosaur  Trail”, a statewide trail of dinosaur museums and parks in eastern and central Montana.

This particular museum was in Bynum, about fifteen miles north of Choteau.   It offers people–especially families–a chance to go out on a “dig” for a day or even five days.  It houses a model of the largest dinosaur ever found, the seismosaurus.  You can see the world’ first baby dinosaurs, found in the area.  There’s a tyrannosaur skull.  And these… 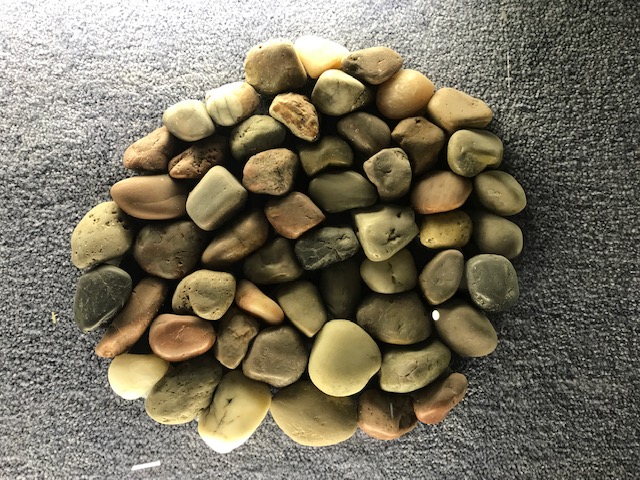 How do you know a stone is actually a gizzard stone?  You find it in the stomach area of a dinosaur skeleton!  Otherwise?  Probably just a stone.

I touched a dinosaur bone.  Kids would love that!

We went shopping next door. 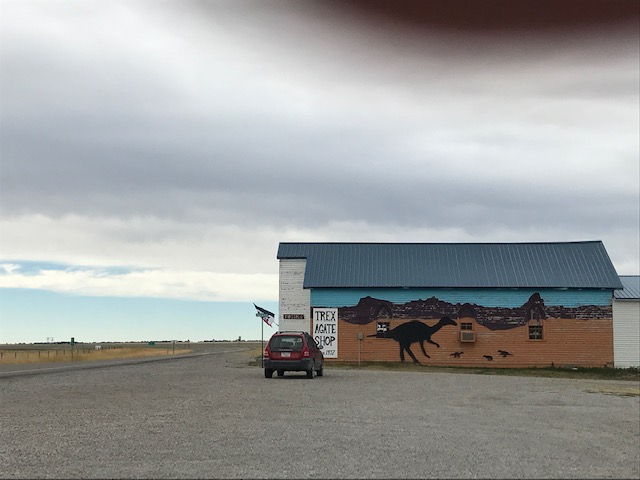 This was a highlight for the guys.  My inability to shop and make decisions while wearing a mask continued.  I saved a lot of money on this trip.

Then it was back to Choteau, to their “Old Trail Museum”.  The outer buildings were closed due to Covid, but the museum itself was fabulous.  Will was excited to see the Roman coin, inexplicably found in an ancient tipi ring near the town.  And then there was the skeleton of a French fur trader, complete with embedded arrowheads.

I enjoyed reading about a local woman who, in the 30’s, started a guest ranch with her new husband.  After she died a friend found boxes of journals and stories in her closet, which have now been published.  Of course I bought the book!

This will have to be continued tomorrow as I’ve been interrupted about 17 times and it’s really hot and I turned on the AC, which rarely happens, and I had to go to the library and to the Pantry to buy parsley and now I need a nap and/or a swim….

This entry was posted in family, road trip. Bookmark the permalink.