Before we jet off to Texas for Christmas, I thought I’d share a few November pictures with you.  Before the Funny Grandson became ill.  Before the kitchen flood.

Here’s a small version of the Dunkin’ Donut birthday cake, which I invented for Son #1 in 1988 and became a family tradition.

Here we are waiting in line at Allie’s Donuts.  After fifteen minutes spent shivering outside in the cold and the wind, we came to our senses and drove to a nearby Dunkin’ Donuts.

You can’t see the 20+ people in line inside the building. 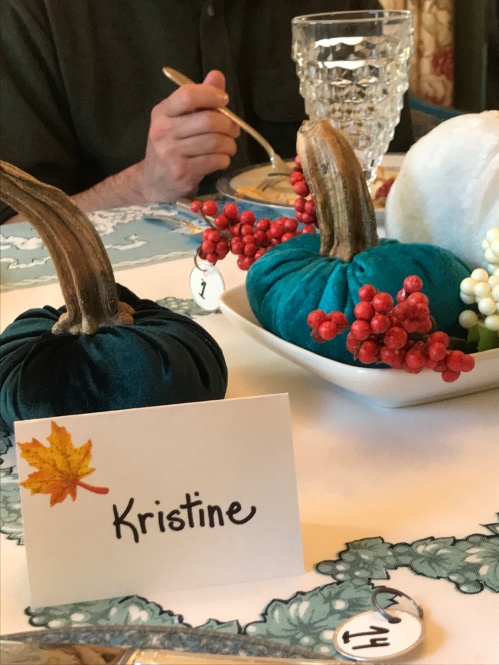 The Funny Grandson helped make the place cards.  We had a “random number” pick decide the seating, which he thought was a great game. 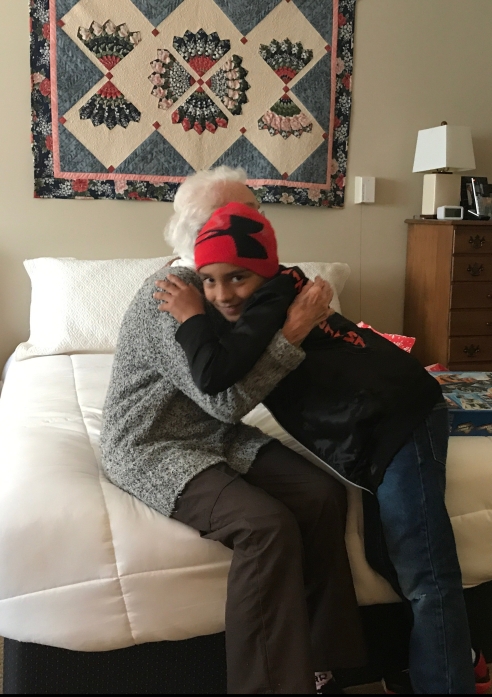 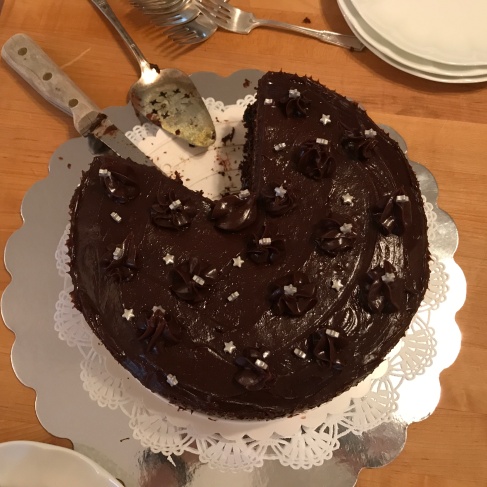 One of Ginny’s elegant homemade desserts.

The Texans keeping warm on the couch.

I don’t know when I’ve enjoyed a November more.

This entry was posted in family, rhode island. Bookmark the permalink.