waiting for the comet 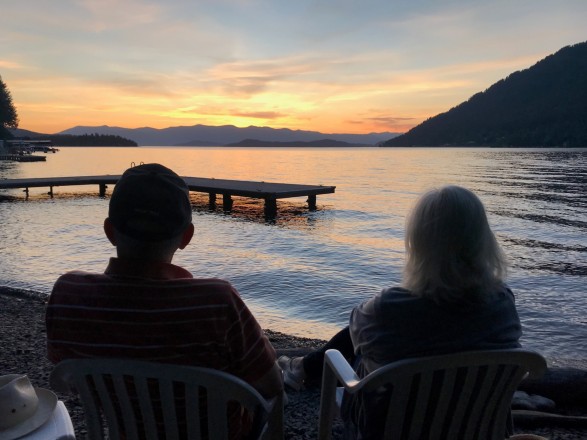 Wednesday night on the beach.

Will organized a Comet Watch Party two  nights ago.  He’d read up on it, knew when and where it was coming and made sure all of us were on the beach to see it in the night sky.

It doesn’t get dark here until after 10.  And it was after 11 before stars popped out of the dark. 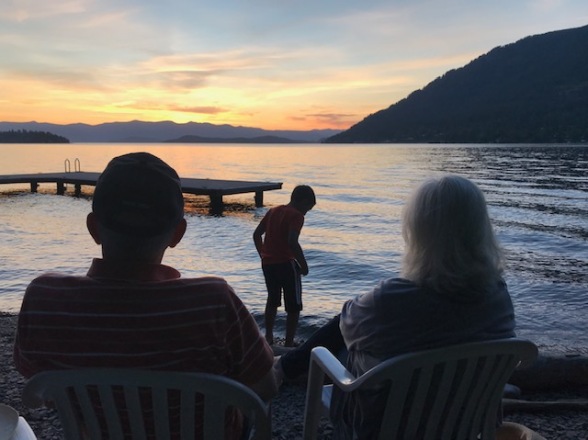 The Funny Grandson has learned to skip rocks.

Sure enough, the NEOWISE comet appeared above the mountain.  The younger eyes in the family could see it quite easily, but some of us (ahem) needed binoculars.  It was an astounding sight and we were all pretty excited.

In fact, we were so excited that we celebrated by eating pie.  At midnight.  Because there is no other way to end a Comet Watch Party than with a Comet Pie Party.

And yes, this is what you do without television. 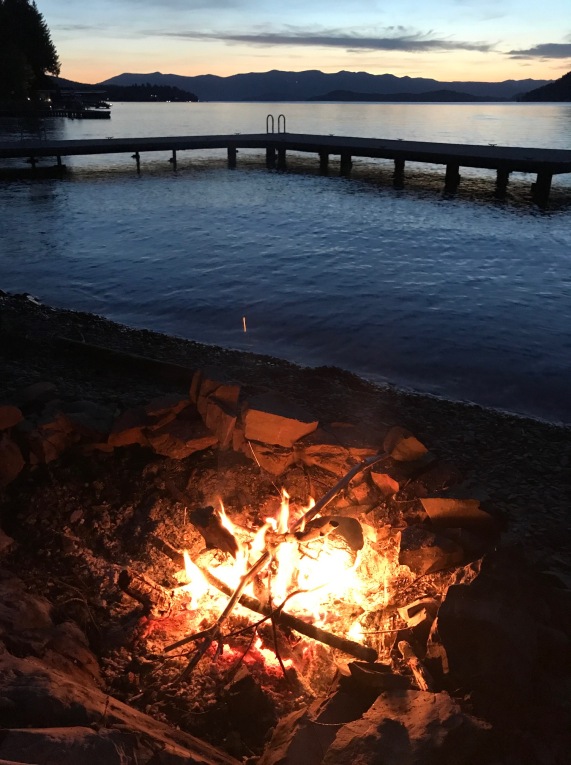 Campfire brought to you by Will and the FG.

This entry was posted in family, lake. Bookmark the permalink.

2 Responses to waiting for the comet