breaking a new record, live at the saxon

Last night may go down in history, as far as Banjo Man and I are concerned.  We spent eight hours at the Saxon Pub, our favorite music spot in Austin, to see many of our favorite musicians in one night, in one place.

We arrived at 5:30 PM, intent upon getting a seat.  The Saxon is not a big place, but we found seats in one of three booths on the far side of the room. 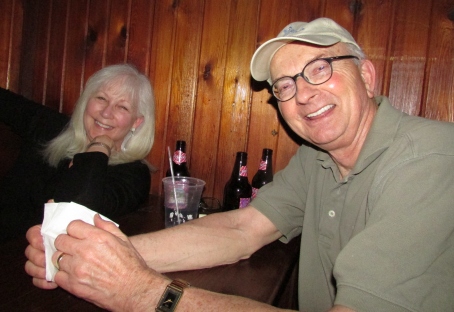 See how happy we are to be sitting down?

Walt Wilkins and his band played the 6 PM Happy Hour.  They were a rockin’ band with great harmonies.  Walt was pretty laid back and totally hilarious.  Banjo Man bought 2 cd’s. 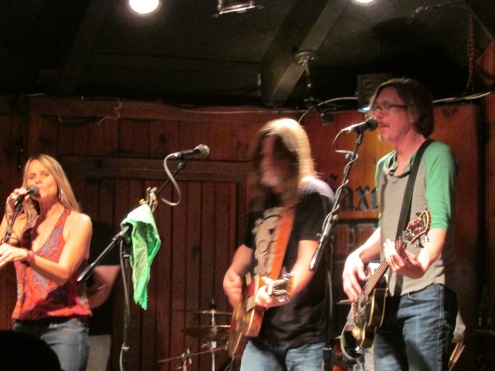 The three of us (Story Man, aka Son #2) paced ourselves with root beer and ginger ale.

At 8:oo the “Ameripolitan” showcase began.  Dale Watson (he was on Jimmy Kimmel last night) is one of Austin’s (and Texas) stars.  He is a huge promoter of country and roots music.  In 2013 he heard a Blake Shelton interview where Shelton made derogatory comments about traditional country music,  inspiring the “Old Farts and Jackasses” movement in response.

You can read all about it HERE (pretty funny stuff).  I gave up listening to country music radio back in the early 90’s, when it turned into pop music, as did a lot of people! 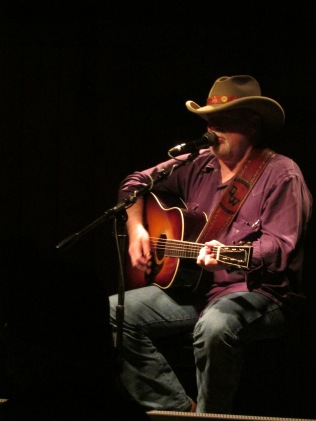 Ray Benson, of Asleep At The Wheel! This guy is TALL.  And what a voice!! We saw him the night before, with the whole band. Last night he played after having two root canals, which was amazing. He’s a pretty funny guy and I could have listened to him all night, but he had to go home and take the pain pills his dentist gave him.

Earl Poole Ball, also known as Mr. Honky Tonk Piano, was Johnny Cash’s piano player for a gazillion years.  It’s always a pleasure to hear Earl on the keyboard.  A highlight of any evening in Austin!  A few years ago we were at Threadgills North to hear him play and ended up being part of his birthday party.  I can say, “Earl Poole Ball served me a piece of birthday cake!” 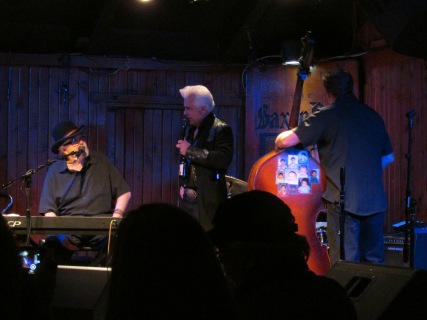 Earl and Dale Watson talk about Earl writing a book. The man must have enough on-the-road stories for at least 6 books! 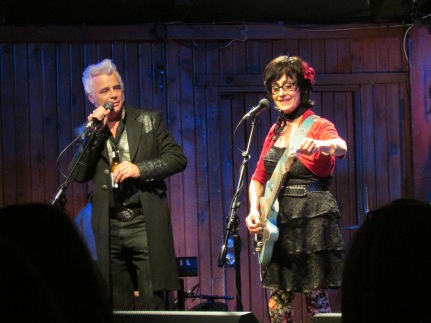 Dale and Rosie talk about the old days touring California.

Jesse Dayton is now one of my new favorite musicians.  He opened with a song called “Daddy Was a Bad Ass”.  I am going to buy all of his cd’s as soon as I finish this post and save them for June’s road trip. 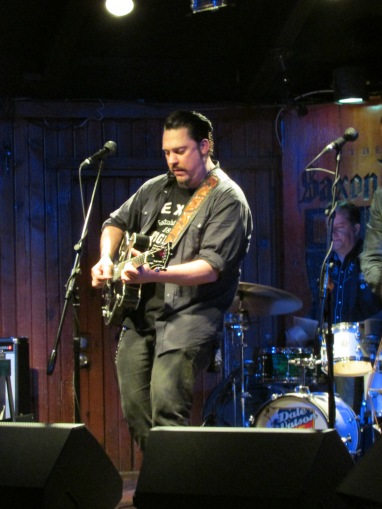 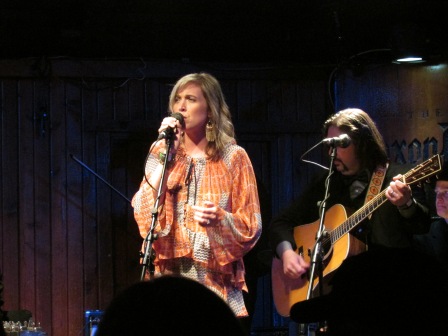 I’ve posted about Bill Kirchen many times.  Banjo Man and I are almost Kirchen Groupies because we’ve seen him so many times, in Texas and RI and Massachusetts.  “A guitar player’s guitar player”, Dale Watson said.  So true.  He thrilled the crowd with his legendary Hot Rod Lincoln song, along with all of the side affects.  I sat with him at a picnic table at Guero’s about three years ago and we watched Johnny Gimble perform what may have been one of his last shows.  We agreed it was bittersweet, but an honor to just be there to see Johnny one more time.  I like Bill.  I wish he lived next door so I could bake him peach pies. 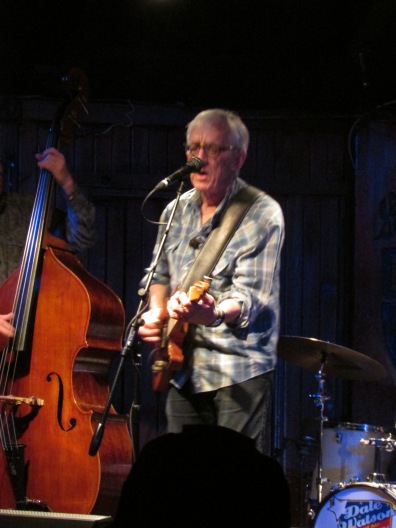 Which brings me to another HUGE FAVORITE of mine, Suzy Bogguss.

Last year we saw her at Opa’s, and then we hiked a mile (which felt like ten) to see her perform in East Austin.  That was the night where, a few blocks away at the same time we were heading home, the man escaping the police crashed his car into dozens of SXSW concert goers.

Suzy sang Merle Haggard songs from the cd she released last year, plus she did a personal fave, “I Want To Be A Cowboy’s Sweetheart”, written back in the 1930’s by one of the female pioneers of country music, Patsy Montana.

Dale made her sing a “yodel encore” and the crowd loved it. 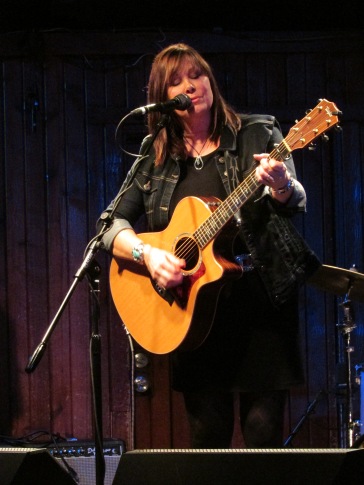 The Saxon doesn’t serve food, but there is a pizza restaurant nearby that delivers.  Sometime between Walt Wilkins and Dallas Wayne, we consumed a medium pepperoni pizza and four more root beers.

I indulged in only one margarita.  I had to pace myself.

Banjo Man padded his wooden seat with a folded sweatshirt.  Story Man used a thick newspaper.  I needed no padding and did just fine, though I did get testy when one camera-toting tourist kept stepping in front of me to take pictures.  I moved him aside several times when he didn’t move after taking his shots.  He’s lucky I didn’t kick him with the pointed toe of my boot.

But I thought about it.  I even got my feet in position a few times.  I finally had to direct him to a place where he could stand without blocking my view or the ladies room door.

So today, Thursday, we are home.  We slept late.  Story Man went to work at the BBQ place, where he is learning about smoking brisket.  Banjo Man is cooking beans–I haven’t asked why.  He is going to wander around later and go to some of the “day shows”.  I need to work, get a few more pages written on the Last Writing Project Ever, and later on we will see where we will go tonight.

2 Responses to breaking a new record, live at the saxon