An afternoon at Lucy’s Fried Chicken means lots of new music and hours of people-watching, along with margaritas and chicken tenders, of course.

This sign is everywhere!  The Bullock Museum gift shop had it on pot holders and t-shirts.  Here it is at Lucy’s: 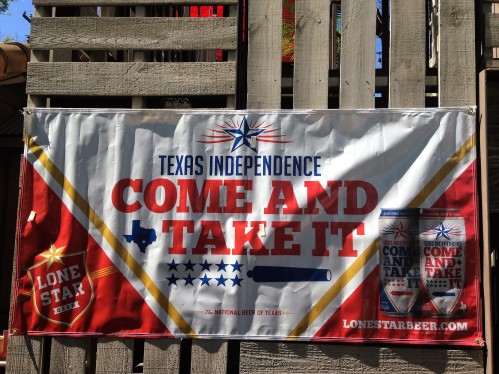 I thought the symbol was a telescope, but it’s a cannon.  The Texans refused to give it back to Mexico during the Battle of Gonzales, the first battle of the Texas Revolution.

She sang harmony and played the fiddle AT THE SAME TIME.  Can you imagine how hard that is to do??? 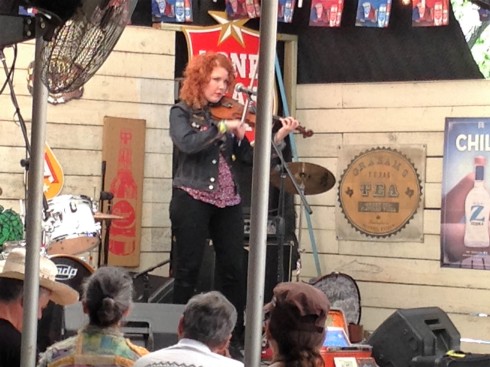 Half of The Mastersons, a husband-wife duo from California. 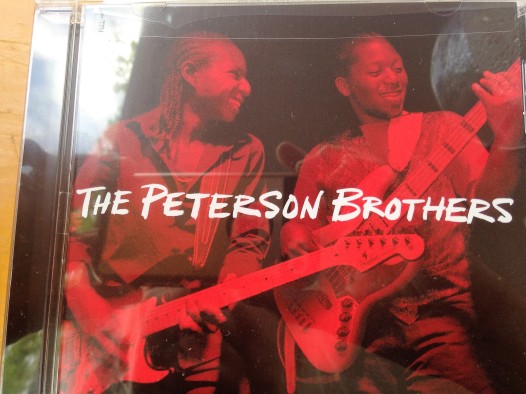 The Peterson Brothers started performing at ages 11 and 14.  Now they’re 18 and 21!  Oh, my goodness!  The Funny  Grandson and I sat close to the stage, on bales of straw, so we could see the two (two!!) drummers up close.  These boys never stopped smiling.  And neither did their parents, who were under the tent near our table and selling cd’s.

Guess who bought one. 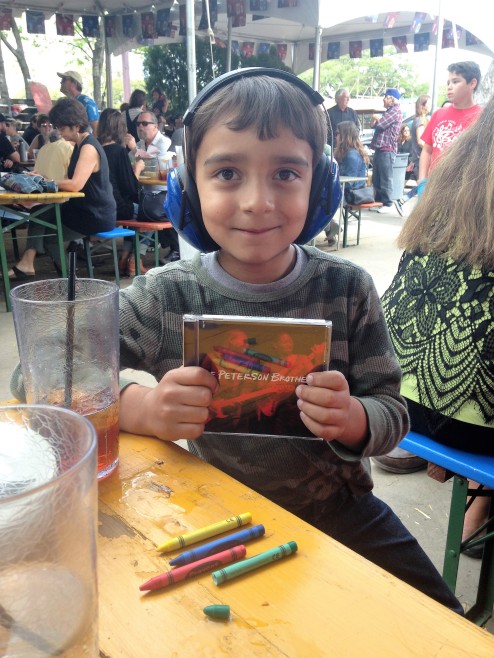 We’re going back again later on, to hear James McMurtry play at 6 PM.

Saturday there’s a “Women to Watch” day show at Opa’s Coffee and Wine Bar.  I hope to hear some new artists and some new songs.  I don’t think any of the guys are going to join me, so I’ll be drinking coffee and munching away on Greek pizza for the afternoon.

Will keep you posted.

And to read more about the Peterson Brothers and hear their music, go to:

This entry was posted in austin, music, texas, travel. Bookmark the permalink.