how to make a corona quilt 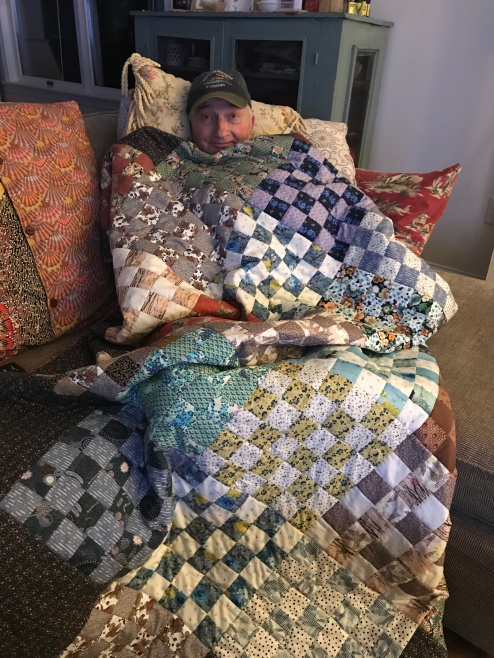 Twenty minutes after I’d finished stitching the binding down on the Corona quilt (we were watching the three-hour Survivor finale), Banjo Man declared he was “chilly” and appropriated the quilt.

My plan, back in March, had been to survey my stash of fabric and pick two fabrics that looked interesting together and make a block.  Here’s how:

I cut three 2 1/2″ strips of Fabric A and Fabric B and sewed them together like this.  The strips had to be about 16″ long, though many of mine were longer. 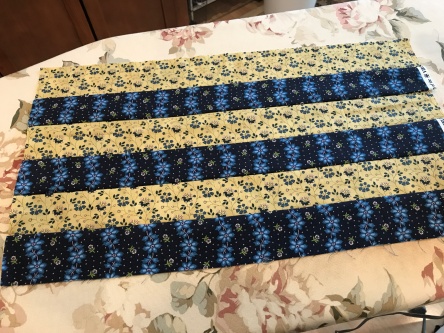 After it was ironed and the sides trimmed, I sliced the block into six strips.  You can see I have eight strips in the photo, because I was using “fat quarters” for my blocks, but I saved the extras to use in other blocks or for the design on the back.

Now I had a 12 1/2″ square.  So easy, right?  I only had to create 49 more!  I never dreamed I would make so many blocks and that the quilt would end up being so big, but making these simple blocks became more and more entertaining as the “stay at home” order lasted week after week after week.

You can see how this was a simple project, but it was so much fun to make one block at a time out of any fabrics that appealed to me.  My one rule?  No pink! 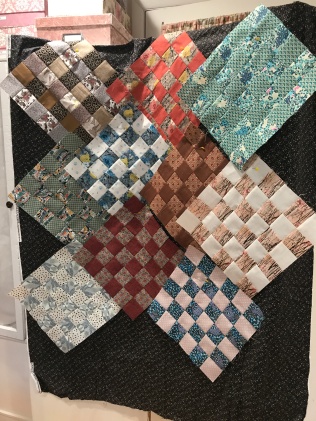 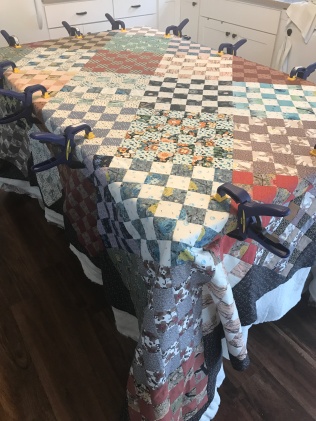 I chose to set the blocks “on point”, which made the assembly more complicated, but the blocks could have been set in rows instead and would have looked just fine. 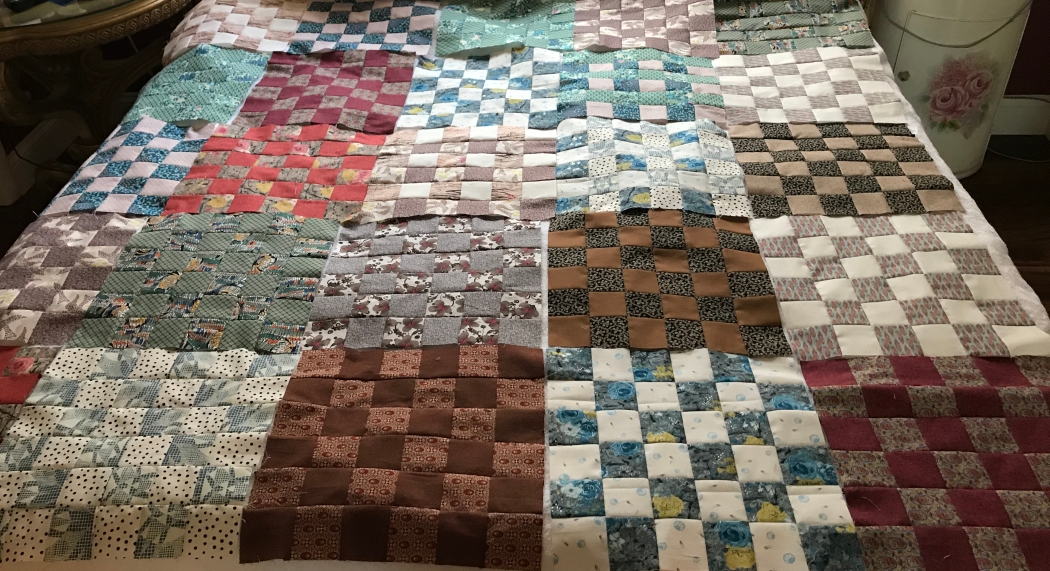 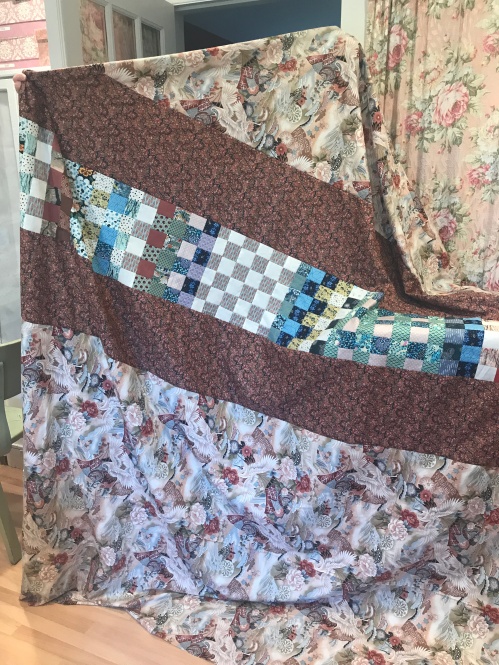 I used leftover pieces from the blocks to create the backing.  The dark red middle strips were from fabric bought in Rome.   And the five yards of Oriental fabric was purchased fifteen years ago and finally found a home.

The binding is from leftover strips of Rome fabric.

It’s such a good feeling to have finished this quilt!

And since we are still holed up in our house, I have found pieces of a quilt top in my closet.  It needs to be assembled.  A backing will need to be created–once again, from the stash– and then the whole thing will have to be quilted.

I call this the “Garden” quilt.

As long as I’m stuck in the house I might as well keep sewing, right?

This entry was posted in family, quilting, rhode island. Bookmark the permalink.

3 Responses to how to make a corona quilt