If it’s morning, it must be time for beignets.  I was running late, so I joined Banjo Man and N&N just as the beignets and coffee were being served.

Thankfully they had ordered for me.

I have a great picture, but I can’t find it.  So picture square fried doughnuts covered in mounds of powdered sugar and you’ll pretty much have the idea.

We looked at the Mississippi and posed for the camera.

And then we strolled along Decatur, towards the French Market where there is lots of junk (and souvenirs and jewelry and art work) arranged on tables.  It pretty much always looks the same.

Banjo Man took N&N to the Mint to visit the museum and the Louis Armstrong exhibit, but I had been there several times before and decided to stroll around the Quarter instead.

View from the Mint:

I loved those different colored trees on the balcony,

Not tempted at all. 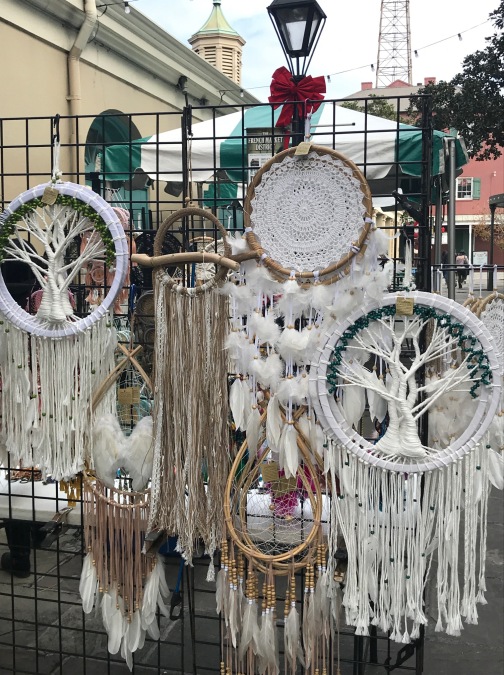 And then…music!  The Preservation Hall Band played from 12-1 in the Dutch Alley near Café du Monde.  I got there early so I could get seats for all of us.  Made friends with a lovely young med student from Quebec City and a 76-year old Brit named Tony.  We bonded over coffee, having been successful at getting seats at an iron picnic table before the crowds arrived.

It would not be the last time I was early for something, but that’s for tomorrow’s post.

Have I mentioned it was cold?  And windy?  And damp? 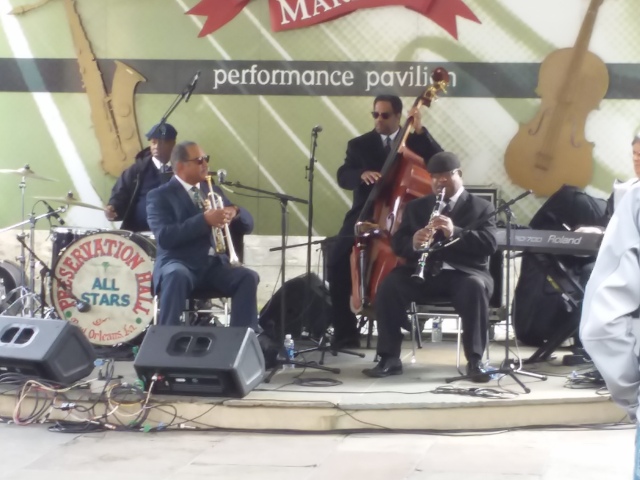 Oh, the day was not even close to being over…

We ate lunch at Antoine’s, a famous landmark of the French Quarter.  There would be oysters and shrimp and gumbo and mint meringues topped with ice cream, hot fudge and pecans.

They are so hungry, too.

We took a cab to the oldest African American Catholic Church in the United States:  St. Augustine.  There was to be a concert at 4, so we got there early and snagged seats down in front.  Don Vappie and his group were the jazz performers.  And they were joined by a three-generation member of the church who sang Ave Maria in Creole. 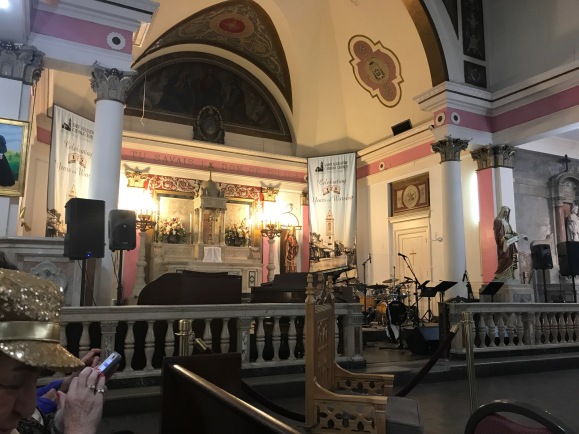 Guess who spotted the banjo.

Oh, we weren’t done yet…

We needed wine and cheese and bread and snacks, because the Nebraska Women’s Volleyball team was playing for the National Championship at 8 PM.  We were going to have a watch party, come hell or high water.

This was getting worrisome.  The antibiotics from the skin infection made me ravenous.  I mean, REALLY, REALLY HUNGRY ALL THE TIME.

The combo of Great Food Everywhere and a drug-induced appetite could only mean disaster.  The 10,000 steps daily would be critical, as would some degree of willpower. 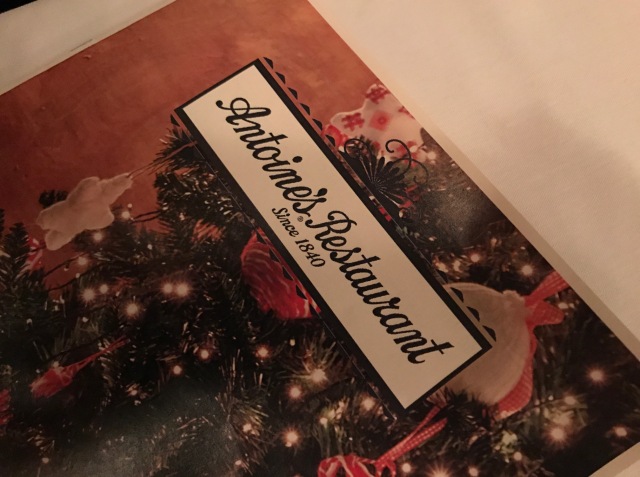 This entry was posted in family, food, music, travel. Bookmark the permalink.